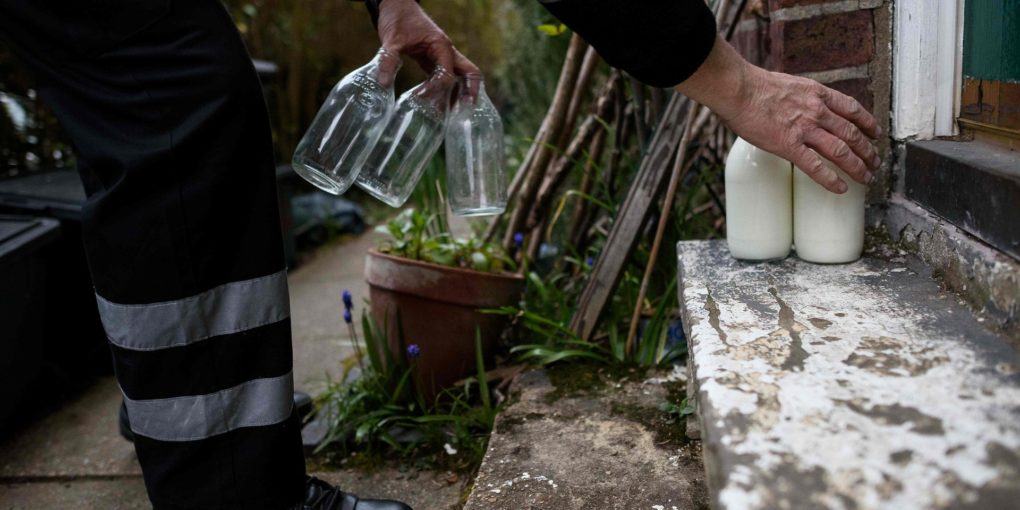 As the number of people with dementia continues to grow, so does the the demand for innovative new technology to support them. In this article written for the Guardian, Anna Bawden explores the role memory apps can play in effective dementia care.

When Robert Armstrong was admitted to The Uplands care home in Shrewsbury, he had a habit of waking up in the middle of night and wandering about. At first staff thought he was just a poor sleeper, but the 68-year-old would become very aggressive when care workers tried to guide him back to bed. He would often need medication to calm him down. It wasn’t until care workers started working more closely with the family to map his life history that they discovered Armstrong had been a milkman for 40 years and thought he was getting up to go to his job.

“So when he woke up at 3am, the night staff gave him a cup of tea and biscuits and then he did his ‘rounds’,” says Mandy Thorn, managing director at Uplands. “Robert had a milk crate in his room and he went round leaving milk bottles outside all the residents’ doors. At 6am he had breakfast and went back to bed, while staff picked up the bottles and put them back in his crate, ready for the next day.”

Thorn says the effect was instant and transformed Armstrong’s quality of life until his death in early 2015. “We had no more aggression and no need for medication to calm him down. And he was really happy until the day he died.”

Thorn hopes the delay in finding out such crucial information will soon be a thing of the past. From September, Uplands will be using RemindMeCare, an app that uses reminiscence therapy to get people with dementia talking about their memories. Its software automatically creates content that matches the person with dementia’s life story. In addition to photos, the system pulls images of events, favourites places, films and music from the web to create a detailed multimedia profile of the person. This is then used to help stimulate conversation and memories enabling carers to build a better relationship with the individual.

For group activities, the software can work out shared interests and help several residents to take part. And family members can upload relevant information to their relative’s profile and be actively involved in their care. “The more that you know about an individual, the easier it is to care for them,” says Thorn. “It will transform our business, make us more efficient, so staff spend more time with our residents, not on paperwork. With ReMindMeCare you have a digital record [of activities and interventions], you don’t have to worry about writing it all down.”

RemindMeCare is the brainchild of Simon Hooper and Etienne Abrahams, who both had family members with dementia. When his mother got dementia, Hooper started to put her life story on to a tablet for her carers to use. “I realised that early memories were the key to communicating with those with dementia and to improving person-centred care, and that it needed tech to record them, so that the memories would not be lost and would be available to each carer in turn,” he says.

On meeting Abrahams at a party and discovering that he was building software to store his grandmother’s memories, photos and favourite music, they both realised there was a gap in the market and decided to develop a business. After a year’s planning, they raised money from care experts and crowdfunding and RemindMeCare was born in November 2015.

Samir Patel, owner of Oaklands Rest Home in the New Forest, Hampshire, which has been using the system since May, says: “It’s had a huge impact on our residents. It’s a nice way to engage with your loved one. You can still contribute to their life in a really positive way.”

Not all dementia apps are designed for use in care settings. This month saw the launch of two new apps that people with dementia can use independently (as well as with a carer, if they choose).

Book of You and Playlist for Life use photos, words and music to enable those with dementia to reminisce with carers, family and friends, about things that were important in their lives. These apps are part of a dementia citizens project run by the innovation charity Nesta. Both apps also aim to foster in-depth research on how technology can empower people with dementia to lead more fulfilling lives. Academics at Bangor and Glasgow Caledonian universities, who developed Book of You and Playlist for Life respectively, will conduct regular surveys with 500 users of the apps. “We want to show that technology improves the lives of those with dementia,” says John Loder, head of strategy at Nesta’shealth lab. “Who do these apps really work for and how?”

The data may also challenge stereotypes. Early testing for Playlist for Life found that dementia patients did not necessarily want to listen to West End musical hits or the Beatles. “It is very easy to make assumptions about people with dementia and what they are going to like. The only thing they really wanted to listen to was Adele,” says Loder. “They liked the fact that they are listening to the same music as their children and grandchildren.”

Article by Anna Bawden, first published in ﻿﻿The Guardian﻿﻿ on 23rd August 2016